It’s that time of year again for the Asian Business Association’s Annual Awards Banquet! Innovate Marketing Group collaborated with the Asian Business Association for the second year in a row to produce their 39th annual ceremony and yet another successful awards banquet. The event took place on October 6, 2015 at the Globe Theater located inside the iconic playground of Los Angeles- Universal Studios Hollywood. The night proved to be just as entertaining as it was engaging with a wide range of performances (including a flash mob arranged by talented dance empire, Maker Empire) and award recipients based in the Asian American community.

The evening commenced with a general reception involving guests in a silent auction that was organized by IMG’s event coordinators. Participants were given the opportunity to bid on over 50 prizes ranging from Nestle’s Nespresso Machine to gift certificates for luxurious stays at the Langham Pasadena, among others. The night proceeded with opening remarks from ABA leaders and the recognition of important sponsors before dinner was served and the awards ceremony officially commenced.

Throughout the banquet, 5 awardees and their companies were recognized for their successes throughout the past year including U.S. Bank for Corporation of the Year and Wong Fu Productions for Media Company of the Year. Entertainment performers, such as hip-hop violinist Paul Dateh, were seamlessly integrated throughout the announcements and well received by guests.

The program came to a close as ABA leaders announced a raffle winner and Executive Director Dennis Huang made closing remarks. With the coordination of the IMG team, the event yielded over 450 guests and concluded with satisfied clients once again. 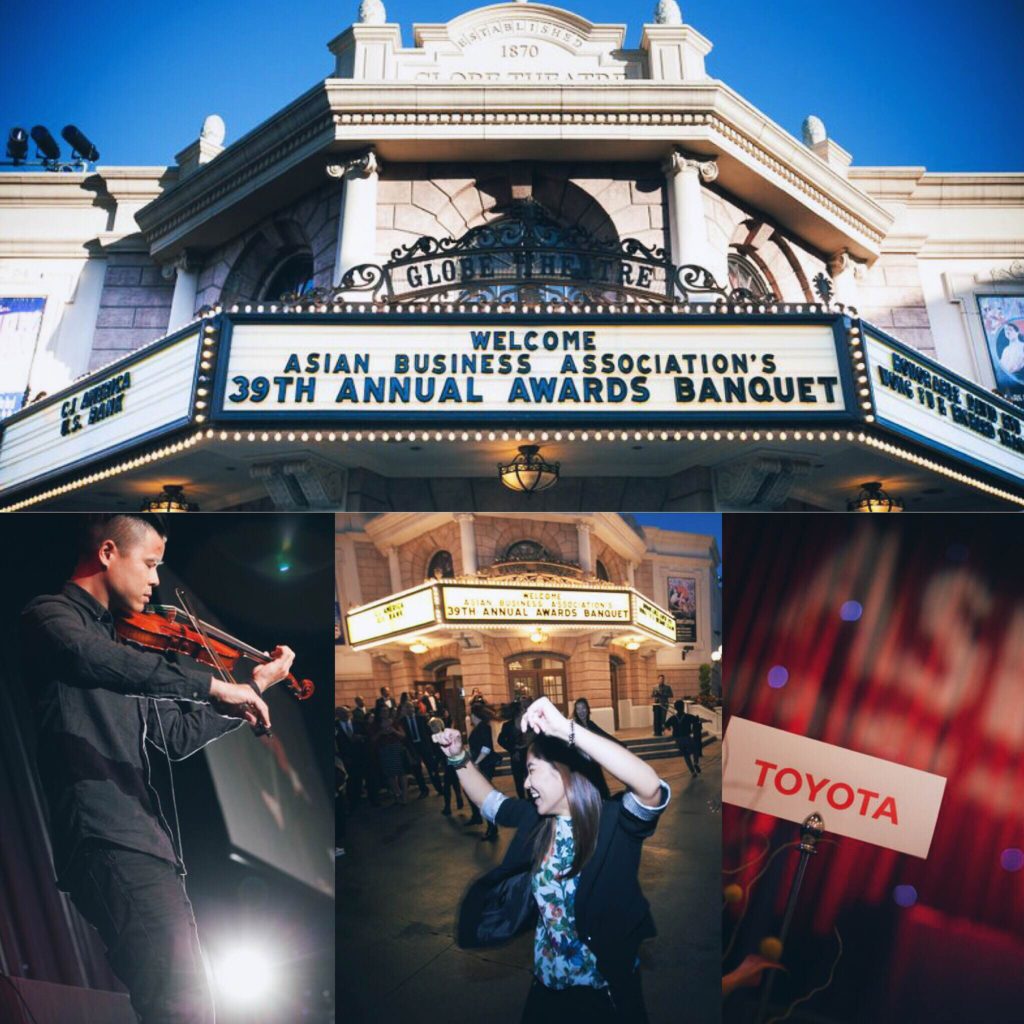